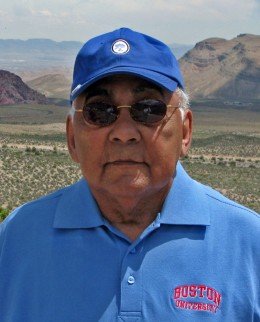 In 2007 after fourteen years of federal employment I retired and relocated to Massachusetts.
I spent three years as Public Affairs Officer at the Green Mountain and Finger Lakes National Forest in Rutland, Vermont, where I was responsible for planning and implementing public affairs activities in accordance with established public affairs policy and program guidance of the United States Forest Service. Among the highlights of my three years was the planning and coordination of the delivery of the capitol Christmas tree to Washington DC in 2007 and the celebration of the 100th anniversary of the U.S. Forest Service in 2006.

Previously, I served as Environmental Public Affairs Specialist at the National Guard Bureau (NGB) in Arlington, Virginia from September 2003 to September 2004. I was responsible for planning and implementing public affairs activities in accordance with established public affairs policy and program guidance for some of the most technical and controversial issues facing National Guard installations throughout the United States and its territories. My areas of responsibility included restoration, compliance, conservation, pollution prevention and cultural and natural resources programs.

From 2000 to 2003 I served as Public Affairs Officer for Commander United States Naval Forces Southern (COMUSNAVSO) at Roosevelt Roads Naval Station, in Ceiba, Puerto Rico. I planned, coordinated and implemented internal and external media programs, community relations projects and public events to effectively communicate the Navy’s message regarding the Navy’s controversial use of training facilities in Vieques Island, Puerto Rico. As a representative of COMUSNAVSO, a two star flag officer, I dealt with civilian, military visitors and high-level Puerto Rican government officials. In the absence of Senior Public Affairs staff I served as COMUSNAVSO central point of media contact. I also supervised the production of a series of radio programs to promote the Navy’s good neighbor policy regarding Vieques issues.

From December 1998 to October 2000 as Team Leader/Partnership Specialist at the US Census Bureau I supervised 12 Partnership Specialists. I developed strategies and/or approaches specific to each state, local government, businesses groups, civic and religious organizations to obtain their support and participation in Census 2000 through a partnership agreement. I served as Census 2000 spokesperson in radio and television interviews. I also conducted meetings, workshops, seminars for government officials, other high-ranking officials, community leaders, business people and the media as an orientation on the partnership concept and entered into a partnership agreement to meet specific needs of both parties. For my work the US Census Bureau awarded him a Certificate of Excellence and a Certificate of Recognition.

Beginning in 1996 through 1998 I was Disadvantaged Business Enterprises (DBE) Outreach Specialist/Compliance Officer at the Central Artery/Ted Williams Tunnel Project. In that capacity he was responsible for monitoring the compliance of Section Design Consultants, other Massachusetts Highway Department Contracts, and assigned Becthel/Parsons Brinckerhoff Joint Venture sub consultant agreements to determine DBE utilization, affirmative action/equal employment opportunities, and training were being fulfilled.