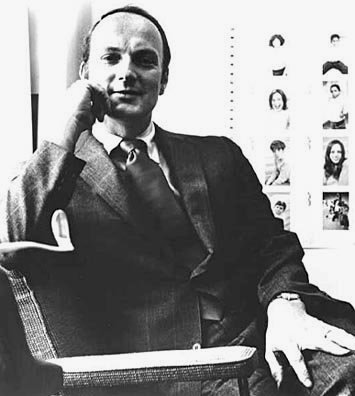 Bob was hired by Hartford Gunn in 1954 directly after graduating from Harvard — while the station was still in Symphony Hall and preparing for television.

He was assistant to Hartford in the business office, and very involved with the construction of the Mass Avenue facility. He then became a producer (1955 to 1957) and did “French through Television,” “Museum Open House,” and “Anatomy of a Revolution.”

From 1957-67, he was Program Manager of the station and helped find and launch such local personalities as Julia Child* and Thalassa Cruso. He also helped develop the “Masterpiece Theatre” series and went to London several years in a row to pick out the year’s programs. Programs he originated/produced won many awards, including the Japan Prize (WGBH was the first educational television station in the United States to win it).

One of the nation’s pioneers in instructional television, Bob was, from 1967 to 1969, director of the education division of WGBH -TV, and also director of programming for WGBX-TV, Channel 44. And in May of 1969, he was promoted to the post of assistant general manager of WGBH. In 1970 he was appointed General Manager, and held that position until he passed away, in June of 1973. David Ives was made Foundation President at that time.

* It’s interesting that in an an article on Julia in The New Yorker in the 70s, it says that after Julia made her three pilot programs, “WGBH’s director of programming, Robert Larsen, liked the pilots so much that he was willing to put the station’s own funds into financing a series of twenty-six shows.” I’d forgotten that. Bunny Chesler remembers the day he came back with his first meeting with Julia, running up the steps three at a time which he always did, shouting, “We’ve got talent!” He was so right!