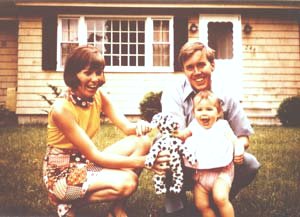 I’ve played roles in all our planned satellite transitions — and one very much unplanned transition when Telstar 401 went kablooey — since we realized Hartford Gunn’s dream and went up on on our first bird in 1978.

Right now I’m mainly into budgets and meetings, but with lots of other duties as assigned. God willing, I’ll have retired before the next satellite transition! At least that’s the plan.

This picture dates to my days in Boston, early 1971. My wife is Nancy, my daughter is Rachel.

Nancy and I have been married for 32 years. Our 29 year old daughter Rachel, who was a baby when we left Boston, has just moved into her own place, taking our 11 year old grandson CJ with her. 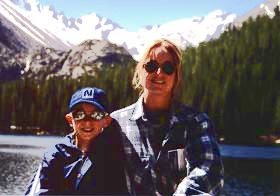 And this one is Rachel at 29 years old, also taken last summer, with my then 10 year-old grandson C.J.

They’re only minutes away and we see him every day before and after school so we’re only easing into the empty-nest years. But considering that Nancy had her 40th high-school reunion last year and mine is coming up, and more and more of our friends have done it, we won’t be too far behind.

Well, I’ve spent far too much time at this. I’ll be looking forward to reading alll the messages posted before and after this one, and looking at those old pix and features on such old friends as Brooks Leffler (whose kite shop in Annapolis I remember well). Sure wish I could see you all in April but it wasn’t meant to be. 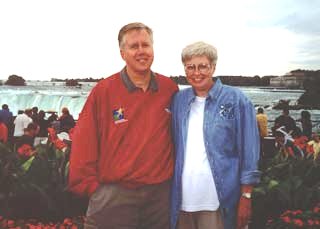 This picture is Nancy and me 30 years later, last summer to be precise.