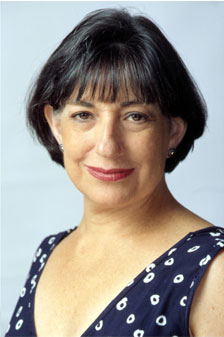 Beverly Shaffer’s internationally-respected films have garnered over 40 awards during her career at the National Film Board, including an Oscar® for her sensitive portrayal of a disabled young girl in I’ll Find a Way (1978). The film is one of ten titles in Shaffer’s Children of Canada series which looks at children of varied backgrounds, cultures and lifestyles from across Canada.

Shaffer’s most recent film, Mr. Mergler’s Gift is a moving account of a student and her mentor, and a lyrical reflection on the transcendent power of music. Xin Ben is the young student pianist, the 9-year-old daughter of Chinese immigrants. A fateful encounter in a Montreal park has delivered her into the hands of Mr Mergler, a piano teacher nearing the end of his long career. She will be his last and most extraordinary pupil.

Mr. Mergler’s Gift, is a finely crafted film.  It tells a story that touches many of us … the story of death and the gifts of life, and the role of special teachers in our lives.

Shaffer’s To My Birthmother (2002), follows Marie Klaassen in her search for her biological mother. Adopted at birth, Marie’s quest to unravel the mystery of her origins and identity opens a Pandora’s Box of secrets and surprises.. At its premiere at the 26th Montreal World Film Festival, the Globe and Mail hailed To My Birthmother as an “emotionally jarring odyssey”.

Just a Wedding, the sequel to the Oscar®-winning I’ll Find A Way, was completed in 1999. In Just A Wedding, Shaffer and Nadia DeFranco, the star of I’ll Find A Way, collaborate to tell the romantic story of Nadia’s courtship and marriage to Dennis Sweet, a man she met on the Internet. Pushing the boundaries of the documentary form, Shaffer uses dramatic re-enactments featuring the film’s subjects in the starring roles. “Shaffer has found a true life character that Hollywood can only dream of,” wrote the Globe and Mail.

Other Shaffer credits include the Children of Jerusalem series, produced between 1991 and 1996, focusing on the lives of seven Palestinian and Israeli children. Shaffer portrays the hopes, dreams and realities of children on different sides of the Middle East conflict. The series shows that although the subjects live within one mile of each other in the holy and much-contested city of Jerusalem, their lives are such that they can barely imagine life on the other side.

To a Safer Place (1987), which Shaffer directed and co-produced, is a powerful one-hour documentary about a survivor of incest. To a Safer Place was telecast on the CBC, the BBC and the PBS program “Frontline.” Widely used by social workers and incest survivors, To a Safer Place was recognized by the American Film Librarians Association as one of the best films of the decade.

Shaffer is NFB producer of Francine E. Zuckerman and Roushell Goldstein’s film, Half the Kingdom (1989), a film about Jewish women challenging assumptions as to their place in traditional Judaism.

Although the bulk of her work has been in the documentary genre, Shaffer has at times turned her talents to drama. These include the half-hour drama The Way It Is (1982), about a young girl’s reaction to her parents’ divorce; Who Should Decide? (1985), one of eight short dramas in the Discussions in Bioethicsseries.

I Want to Be an Engineer (1983) is a half-hour documentary profiling three women engineers, produced by the NFB in collaboration with several Canadian federal agencies.

Before joining the National Film Board of Canada, Ms Shaffer worked at the flagship PBS station WGBH-TV in Boston on the Emmy award-winning series NOVA and ZOOM. She received her master’s degree in film from Boston University in 1971.

My Friends Call Me Tony

I Want to Be an Engineer

The Way It Is

To a Safer Place

One of eight films in the Discussions in Bioethics series