December 7, 2000 — a day which will live in gratitude. Today the folks at archives presented this gift of calligraphy to Fred Barzyk in recognition of his contributions of “time, energy and support” for that WGBH department. Clearly, his activity on behalf of the station archives has benefited us all, particularly in this Reunion year. Thanks, Fred, from the rest of us as well.

For many years, WGBH producer Fred Barzyk has given an enormous amount of his time, energy and support to the WGBH Archives. His work on behalf of the Archives has had tremendous benefits for all of us at WGBH.

In recognition of Fred’s contributions, the Archives presented him with this work of calligraphy on December 7, 2000. The 114 titles around Fred’s name are a current list of WGBH productions Fred has either worked on, directed or produced between 1958 and 2000.

Special thanks to Fred Barzyk. For your creative, insightful, and steadfast encouragement. For helping us keep WGBH’s history and legacy alive. 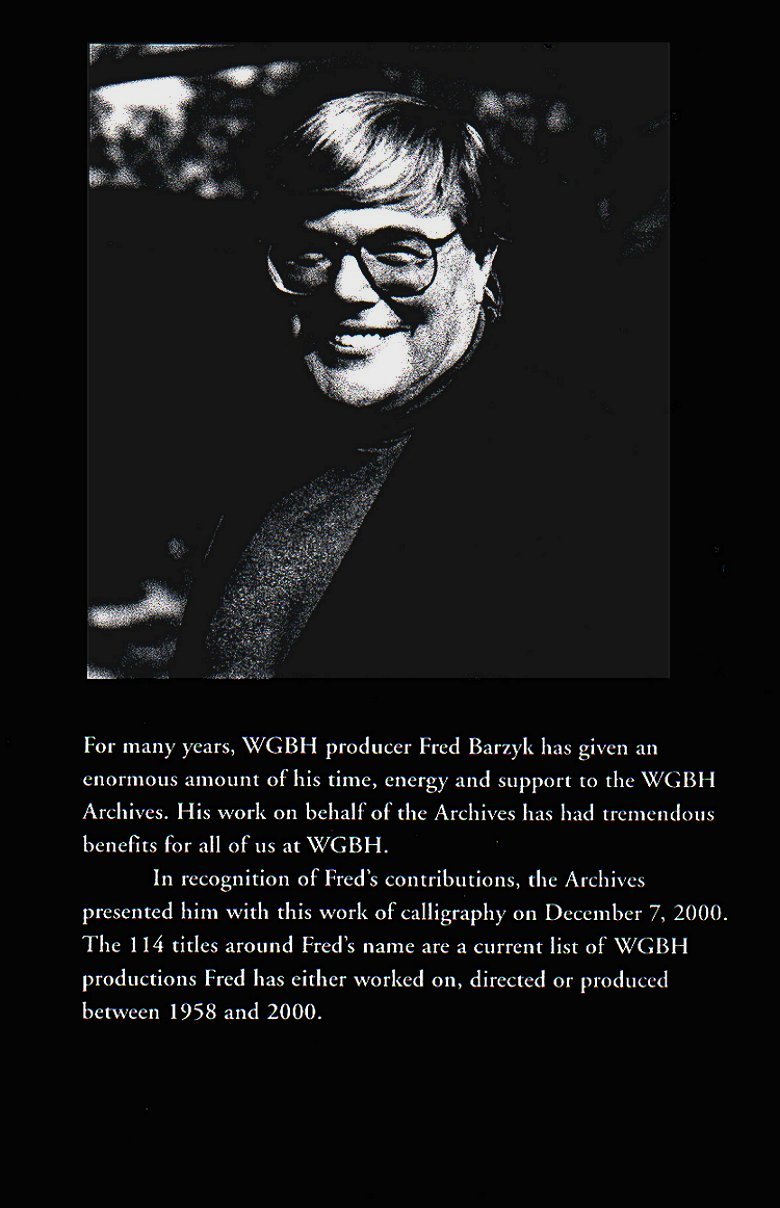 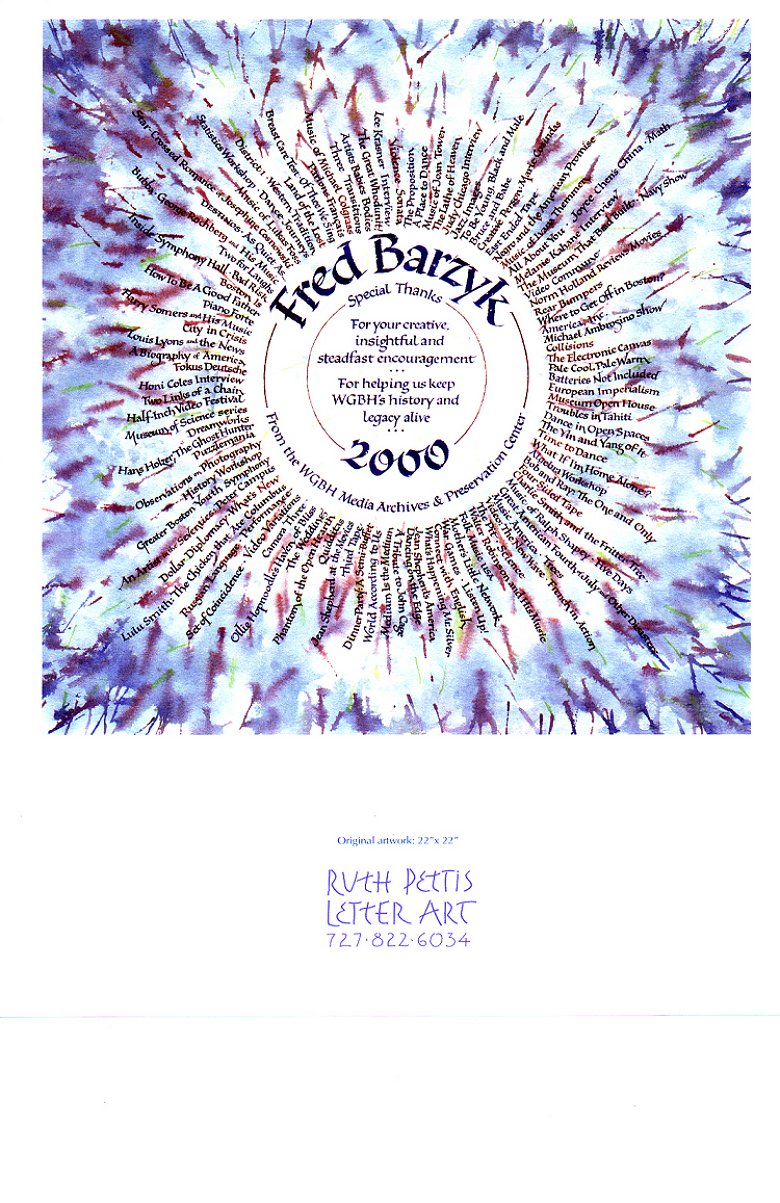