The “Cahners Session” opened with considerable schmoozing and noshing…. 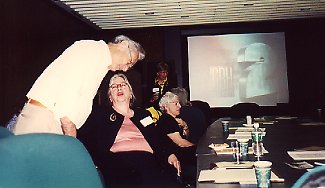 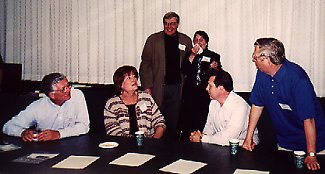 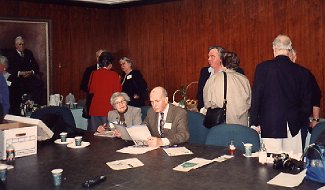 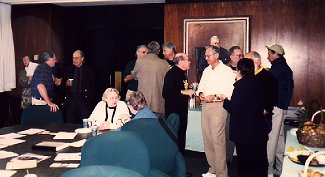 63. And then the intended interactive program, “An Illustrated, Historical Update of WGBH,” was launched, with Michael Ambrosino facilitating, and Fred Barzyk playing the familiar role of “director waiting for the right tape.” 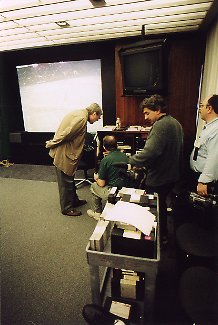 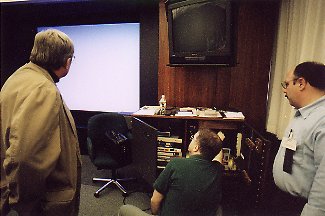 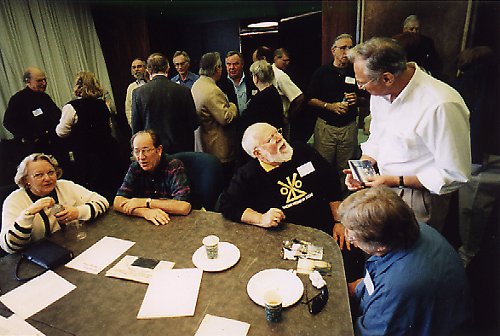 66. Following at least two valiant attempts to follow the agenda, scholarship and order were overwhelmed by curiosity and affection. Though Michael had assembled an impressive array of documentary materials and tapes, nature insisted on its course. And so, with consummate grace and seamless aplomb, Michael and Fred put the schedule aside and joined the hurly-burly. 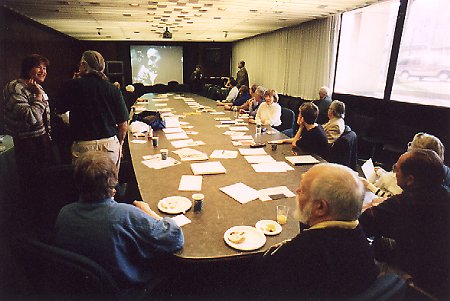 67. In time, the initial onslaught dissipated itself, and for the better part of an hour conversing and watching nostalgic films and videos became the norm. 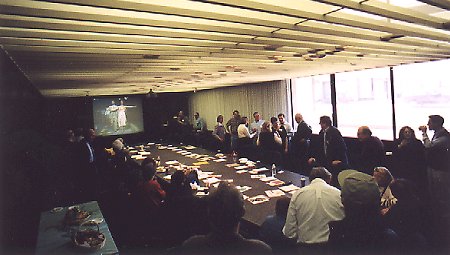 68. At about 12:30, a break was announced in anticipation of the official Reunion celebration beginning at 1 pm. 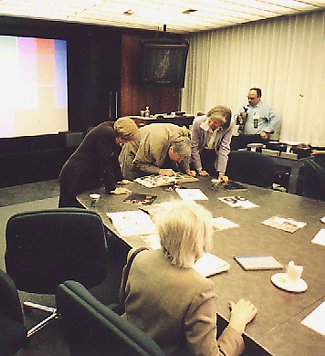 69. Others, like Chris Sarson previewed the future, in the person (so to speak) of this stunningly clear and sharp prototype HDTV. How long had we all waited for a picture like this?

A few stragglers stayed to pore over the past as represented in the slides and printed material Michael had brought. 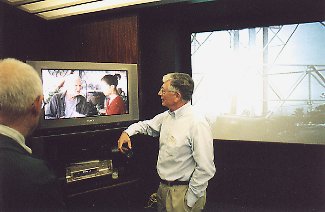