WGBH has an accomplished history serving our regional audiences through some of the finest radio and television stations in this country. We have been inNOVAtors for decades, fashioning new programs and setting a high standard for service to our community. Yet in looking ahead there is much we must do to shape our services to adapt to a fast-changing media landscape.

To sustain our audiences and our community support, we must fashion new ways of reaching people and addressing their interests, of matching the unique qualities of public media to today’s needs. We can better imagine and develop new programs and services if we work more closely together across our media, bringing talented staff together to share ideas and skills. 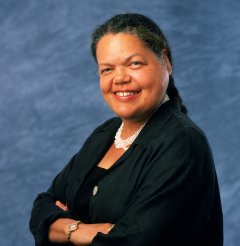 With that opportunity in mind, we are reorganizing our radio and television stations divisions to come together as one stations group under the leadership of Marita Rivero.

Marita brings to her new role a significant record of accomplishment launching and enhancing WGBH services. She has expanded WGBH radio to include a successful and growing service to the Cape & Islands. The WGBH Forum Network has become a model for expanding content and collaboration among community institutions via the web. Marita’s vision was instrumental in fostering the partnership with the BBC and the progress that has made The World a unique and compelling service to listeners across the country every weekday.

Through new inNOVAtions, with experience in both radio and television, locally and nationally, she brings a perspective and insight that will help us realize the potential of a closer working relationship between our radio, television and web teams.

In addition to these changes for our television and radio activities, this is the right time to reappraise our agenda in local television production. We recognize that there have been some important shifts in recent years in response to the changes in our media landscape. Under Denise DiIanni’s leadership, what was just a few years ago a menu of “local productions” has evolved into a range of production and R&D projects across media for audiences both in Boston and across the country. Alongside the significant growth and success of Greater Boston (which now ranks as one of the most watched daily local programs in public television), La Plaza and Basic Black are now both distributed in multiple markets, with La Plaza reaching more than 60 markets this year. Recent pilot productions such as Survivor’s Guide to High School and Firewomen also illustrate that there is not a fixed boundary between the work undertaken for local audiences and the ability to reach those outside New England. And our recent filmmakers-in-residence effort has afforded WGBH an expanded relationship with the independent film community.

Together the changes outlined will help us match our mission and talents to the changes we see ahead for public media. The climate we face impels us to re-imagine how we will use our strengths to best advantage in serving our audiences in this media-rich environment. Rather than working separately within traditional media, placing our teams together under Marita’s leadership will let us explore new opportunities together, bringing talented staff together on new projects in new ways.

Please join me in congratulating Marita on her new responsibilities.