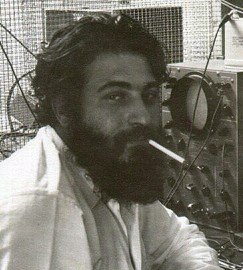 MIT professor emeritus Jerome Lettvin was best known for his work on the 1959 paper “What the Frog’s Eye Tells the Frog’s Brain.’’ His measurements of “bug detectors’’ in frogs’ eyes shook up neuroscience.

But it was his 1967 surprise showdown with counterculture guru Timothy Leary in a debate over the use of LSD that further cemented Dr. Lettvin’s fame at the Massachusetts Institute of Technology.

Drafted at the last minute by student organizers, Dr. Lettvin left his frogs and, with no preparation time, faced a lotus-positioned Leary sitting on stage amid exotic trance-like effects.

When Leary likened an LSD user’s involuntary recurring trips to the experiences of an ancient mystic, Dr. Lettvin, a former Army psychiatrist during World War II, replied in his booming voice with one of the first expletives ever used on television.

The debate was televised by WGBH Channel 2 in 1967. Leary started with a mystical appearing presentation having a wild projected visual backdrop. In this segment, he made the use of drugs very appealing to the students in the audience, and they responded positively.

With humor and without losing the audience, Lettvin followed with an appeal on behalf of the higher mental functions using textbook and clinical observations as support material.

Leary finished with a sudden about-face, agreeing with Lettvin that there are dangers to be avoided.