In 1961, Nat Johnson joined the U.S. Army Intelligence Agency where he majored in communications during training at Fort Devens, Massachusetts. In 1962, he was assigned to the Hakata Base, Japan where he spent twenty-four months as a specialist in foreign communications for the United States Army Security Agency. 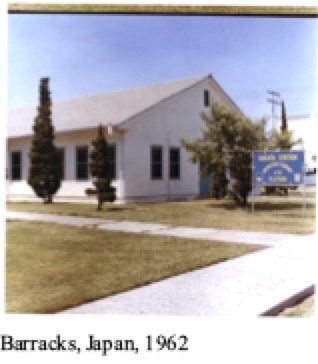 Following an honorable discharge from the U.S. Army in 1964, Nat, a student at Emerson College, became a radio announcer and later, Music Director for radio station WBCN-FM in Boston, a primary originator of classical music programming for east-coast stations of The Concert Network. While Music Director at WBCN-FM, Johnson brought his popular organ music program, “The King of Instruments”, to college radio stations WERS-FM at Emerson College, Boston, and later to WBUR-FM at Boston University. 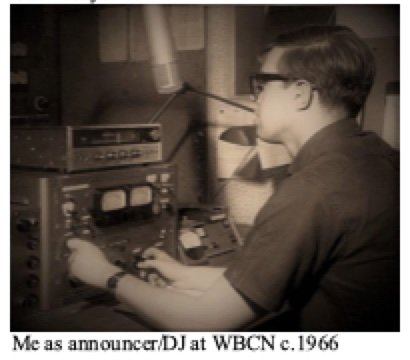 In 1967, Johnson joined the WGBH Educational Foundation and was assigned the unique, triple-role of announcer, producer and audio engineer. For nearly 12 years, Johnson served as audio balance engineer and music editor for WGBH Radio and TV, supervising sound recordings radio and TV drama plus recordings of live broadcasts by the Boston Symphony and Boston Pops Orchestras.

In 1980, prior to his departure from WGBH, Johnson was engaged by Masterpiece Theatre Executive Producer Joan Wilson to produce a new record album, “Favorite Themes from Masterpiece Theatre.” Johnson then commissioned two British composers, Kenyon Emrys-Roberts (Poldark) and Wilfrid Josephs (I, Claudius) to extend their respective themes for inclusion on the forthcoming album. 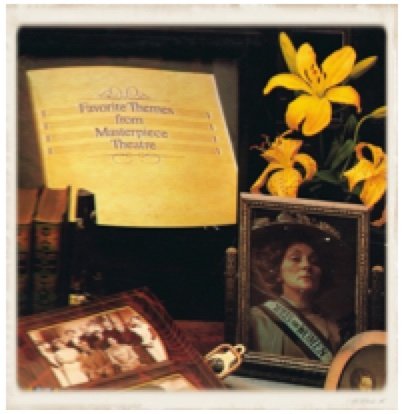 It was an eerie encounter, hearing the high, pianissimo string harmony rippling into clear presence over the familiar contrapuntal weave of Bartok’s Concerto for Orchestra. Experience suggested that not even the most expensive compact disk players could extract that luminous layer of sound from a conventional CD, no matter how painstaking the mastering process. But here was an ”ordinary” disk playing in a moderately priced machine, and delivering music as transparent, vital and complete as one expects to hear in a good concert hall.

In fact, the CD at hand, created from a 1962 recording by Erich Leinsdorf and the Boston Symphony is not at all ordinary. Standard, yes, in the sense that it can be played on any boombox. But the breathtaking sound bespeaks a clever grafting of cutting-edge digital technology onto the garden variety compact disk.

That hair-raising Bartok belongs to the first fruits of BMG’s new High Performance series, which at the bargain price of $12 per CD promises digital revelation for classic recordings from deep within the vault of RCA Victor Red Seal.

The new project, headed by a veteran engineer, Nathaniel S. Johnson, is something of a higher-tech sequel to BMG’s compact disk revival of the RCA “Living Stereo” series, which helped to launch stereophonic sound in the late 1950’s and early 60’s.

But while the remastering of ”Living Stereo” CD’s generally reflects great care, that process still utilizes the same digital sampling rate of 44.1 kilohertz that has governed the compact disk since its genesis in the early 1980’s. For its High- Performance remastering, BMG uses a sampling rate of 96 kilohertz with 24-bit resolution compared with the 16-bit capacity of the CD as we know it.

This more elegant digitizing process, known as 96/24, will apparently be the standard for DVD-audio recordings somewhere down the road. And the latest generation of DVD players can indeed play back that supersonic mode. But no CD player can do so. Thus, the real magic of BMG’s new recycling process springs from a digital engine that converts the 96/24 masters to the 44.1-kilohertz, 16-bit framework of regular compact disk.

“You lose some very delicate upper partials in the down-conversion,” Mr. Johnson said, “but I have to say a major benefit of 96/24 is miraculously carried through.”

Miracle or not, the result is quite amazing to hear in disk after disk. And to experience a work like the Concerto for Orchestra or its companion here, Kodaly’s “Peacock Variations,” with such presence and textural depth is to gain a new appreciation of both Leinsdorf’s expansive, clear-sighted interpretations and the Bostonians’ thoroughgoing virtuosity (09026-63309-2).

On a blazing CD of Stravinsky ballets, the Boston Symphony’s 1968 recording of “Petrouchka” — with a youthful Michael Tilson Thomas at the piano — is paired with the Chicago Symphony’s 1969 ”Rite of Spring,” both under the stewardship of Seiji Ozawa (09026-63311-2). BMG’s high-speed processing and 24-bit platform serve equally well to underscore the fearsome power of the ”Rite” and the airy brilliance of “Petrouchka.”

Yet another sonic thriller spotlights the Bizet-Shchedrin ”Carmen Ballet” in Arthur Fiedler’s 1969 recording with the Boston Pops (09026-63308-2). Scored for strings and a prodigious percussion battery, Shchedrin’s quirky, droll transmogrification of Bizet’s opera has always intrigued recording engineers and mesmerized hi-fi buffs. But this is surely the work’s most vibrant incarnation ever on disk. Shostakovich’s incidental music for ”Hamlet” and Glazunov’s “Carnival Overture” round out the CD.

Scenes from Gershwin’s “Porgy and Bess,” with Leontyne Price and William Warfield (09026-63312-2), recorded in 1963, and works for solo piano by Charles-Valentin Alkan played by Raymond Lewenthal (09026-63310-2) complete the initial release of five disks. The stunning immediacy of Lewenthal’s piano sound, which seems to bring the instrument forward from the loudspeakers, points up the perhaps unsuspected sophistication of recording technology 35 years ago.

Just which treasures to resurrect through the new process was, and remains, a difficult call, Mr. Johnson admitted. “We didn’t want to recycle the ‘Living Stereo’ series, which will continue to have a life of its own,” he said, ”so we decided to focus on the later 60’s. Many of those recordings have never been brought out on CD.

“The Boston stuff alone, with Leinsdorf and Fiedler, is incredible: beautiful recordings made in the great acoustics of Symphony Hall. During Leinsdorf’s directorship, the Boston Symphony was under contract to make seven recordings a year for 10 years. And there’s another group of wonderful things with Jean Martinon and the Chicago Symphony, plus all the London Symphony recordings. There’s got to be 200 or 250 titles without any problem.”

The clarity achieved through the 96/24 mastering technique has proved to be double-edged, Mr. Johnson said. The revivified sound represents long hours of meticulous work.

“Little things that were invisible 30 years ago, like splices or air-conditioning hum are a real problem. One particular noise in the Boston Symphony tapes has a signature that we joke about: ‘There goes the bus to Harvard Square.’ But we’re able to go in and do remarkable things. It just takes a third again as much time as ‘Living Stereo.’ We’ve really tried not to compromise. We’re seriously trying to set a new standard.”

To avoid overwhelming consumers in an already glutted CD world, BMG will limit the High-Performance series to just 13 releases this year and 13 more in 2000. Among the disks scheduled for release by autumn: Handel’s “Messiah,” performed by Richard Westenburg and Musica Sacra; “The Fantastic Philadelphians,” Vols. I and II (on one CD); a two-disk set of Mahler’s Symphonies Nos. 1 and 3, with Leinsdorf, and the Boston Symphony in a program of Bartok’s “Miraculous Mandarin,” Varese’s “Arcana” and Hindemith’s “Nobilissima Visione” with Martinon and the Chicago Symphony.

“There is so much information captured on those tapes, just waiting to get out of prison,” Mr. Johnson said. “I hope this encourages people to listen more closely.”