Sam Newbury grew up in Concord MA.  He graduated from Swarthmore, went to Carnegie Mellon for a short time, and then came back (home) to Boston.  Working on the crew at WGBH might well have been his first job … as it was mine after three years in the Navy.  In any event, it would have been for only a very short period —1969-1970 or 1971 — before he left to work as a cameraman at KERA on Jim Lehrer’s news program there.

My favorite Google find is a video clip of Sam which is part of an oral history of Fred Rogers.

He made a great contribution to public broadcasting. 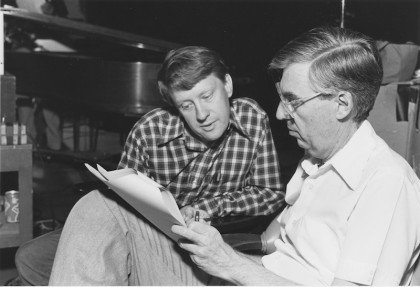 Samuel Chamberlin Newbury, who served as director of productions for Fred Rogers Co. for nearly three decades, died May 22 at his home in Pittsburgh of cancer. He was 69.

Newbury is best remembered as the producer of Mister Rogers’ Neighborhood and as right-hand man of the show’s creator and namesake, Fred Rogers. He worked for Rogers’ production company Family Communications, Inc. (now known as Fred Rogers Co.) for 28 years from 1986 until his retirement in 2012.

“He was incredibly smart, very creative, and Fred really liked to work with him because he was always prepared,” said Bill Isler, c.e.o. of Fred Rogers Co. “He and Fred had a great relationship for years.”

Newbury got his start working as a cameraman for Newsroom with Jim Lehrer at KERA in Dallas. In 1974 he left Dallas for a position at WQED in Pittsburgh, where he worked until leaving in 1981 to produce Mister Rogers’ Neighborhood.

From the Pittsburgh Post-Gazette 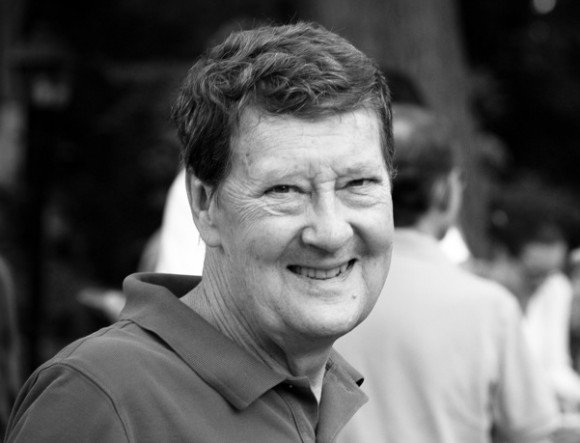 During a nearly three-decade production career at the right hand of the late Fred Rogers, Samuel Chamberlin Newbury found that teaching children intersected with his passion for social causes more often than not.

“He cared so deeply for children and about children. I think it was his core concern for social justice that led him to care about anyone who is underserved,” said Cathy Droz, director of special projects for the Fred Rogers Co.

A life dedicated to progressivism, community service and children’s laughter ended Thursday when Mr. Newbury, 69, died at his Point Breeze home of cancer. The native of Concord, Mass., found his way to Pittsburgh after kicking off his television career in the early 1970s as a cameraman for “NewsHour” host Jim Lehrer at KERA in Dallas. He started his career with WQED in 1974 as a cameraman who worked briefly with filmmaker Robert Young before becoming a producer at “Mister Rogers’ Neighborhood” in 1981.

“Sometimes it seemed like he was from another time in the sense that he was plainspoken and simple. He didn’t always say a lot, but what he said, he meant,” he said.

By 1986, Mr. Newbury was tapped as director of production for Family Communications, now called the Fred Rogers Co. In the expanded role, Mr. Newbury used his position to create professional programs designed to help children and families cope with illness, prejudice anger and other social ills. He retired from the company two years ago.

The efforts weren’t unnoticed by Rogers who, according to WQED president and CEO Bill Isler, considered Mr. Newbury an integral part of the company’s growth. WQED rewarded his years of service in 2012 with its VITA award.

“Fred Rogers always thought that Sam was one of the smartest and most creative people he ever worked with,” Mr. Isler said.

The internal programs weren’t Mr. Newbury’s only attempts to merge his career with his personal passions. He was responsible for a television special designed to help children resist biases and prejudices against people from different backgrounds and a program to help support parents of children with cancer.

The carefully organized workshops and specials reflected how Mr. Newbury operated in all aspects of work, Mrs. Droz said.

“He was the most dedicated, thoughtful, deliberate person I ever worked with,” she said. “Sometimes I’m a bit impulsive and quick to jump to conclusions, but Sam was the complete opposite of that.”

Mr. Newbury’s social obligations extended to his work with the Interfaith Dialogue, a conversation among Muslims, Jews and Christians in the East End, his membership with the Chatham Baroque Society and his affinity for ceramics. Beyond work and community service, Mr. Newbury enjoyed sharing his craft work with his wife, Jan, and watching football with his 19-year old son, David.