WGBH Alum and singer-filmmaker Susheel (aka Cheryl Susheel) Bibbs has a busy fall ahead.

Her award-winning 2008 documentary feature on Mary Ellen Pleasant — MEET MARY PLEASANT — is being re-issued by PBS nationally in HD and will be available to all PBS stations for scheduling following a September 29 uplink. 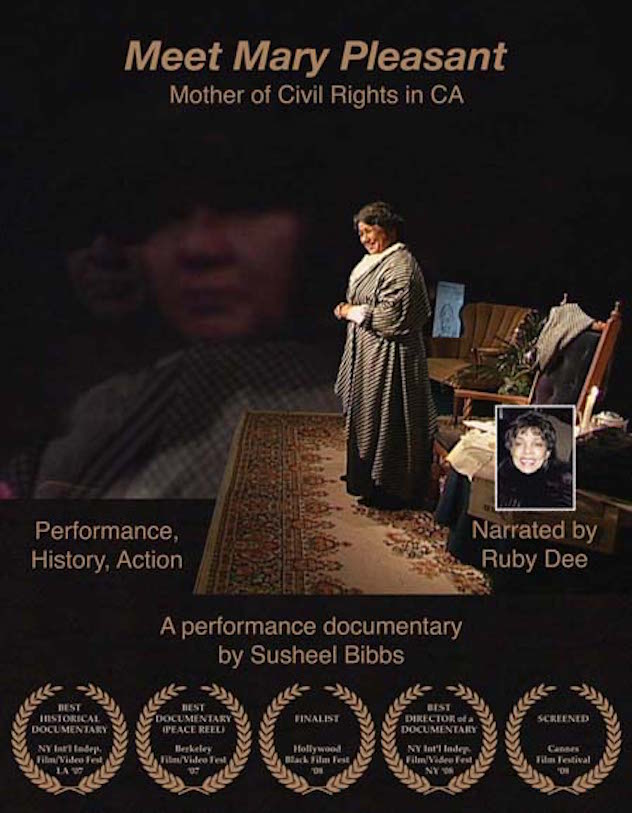 On that same day, her new film – VOICES FOR FREEDOM: The Hyers Sisters’ Legacy on California’s Hyers Sisters — which was 7 years in the making, is also being uplinked and available September 29 for future scheduling. 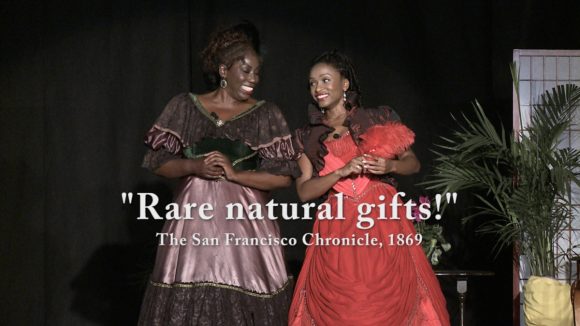 In addition, PBS Arts Showcase is profiling Bibbs’ career this fall and Marquis Who’s Who Among American Women has just announced Bibbs as one of their 2017 Lifetime Achievement Award recipients. To top it off, the two films and a new recital by Bibbs will debut in Sacramento this November. 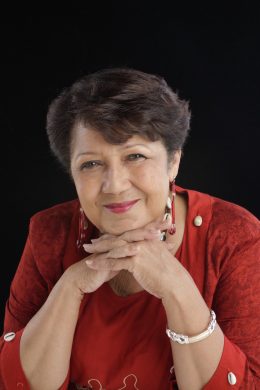 Although Mary Ellen Pleasant is now remembered widely as the “Mother of Civil Rights in California,” the Hyers sisters are all but forgotten. Yet, says Bibbs, the Hyers “brought the U.S. its first musical and successful female touring-opera artists.”

In the perilous 1870’s and 80’s, when protective troops were withdrawn from the South after the Civil War and African Americans were ravaged by lynching and ridiculed across the land by black-face minstrels, the Hyers left their dream of opera stardom and stood up to become Voices for Freedom.

They stood alone for 20 years, touring never-before-seen positive images of black people on the mainstream stage in stories with music that became America’s first musicals — changing minds and hearts  — something, laments Bibbs, “so needed today.” These works were the first to use black leading characters, the first to use integrated casting, and the first to use the spiritual and opera as musical resources. Says Bibbs, “They deserve recognition.”

KVIE, PBS, Sacramento, which reaches a broad range from the Sierra to San Jose (Ch 6 in most areas) will become the first PBS station to broadcast Bibbs’ Hyers documentary, and rest of the nation and Canada will follow. KVIE broadcasts will be on November 15 at 7 p.m., November 17 at 4 p.m., and November 19 at 6:30 p.m. on their popular Viewfinder showcase.

The Sacramento International Film Festival is scheduling the Hyers film on their Cinêsoul series the preceding week. Viewers can consult local californiafilmfoundation.org and PBS listings to see Bibbs films, especially during January and February. They may also request broadcast of the programs on their local PBS stations.

More on Bibbs’ profile, films, and new recitals this year will be listed on her personal site susheelbibbs.com and at thehyerssisters.com. Her books and booklets on Pleasant and the Hyers can be found on amazon.com.