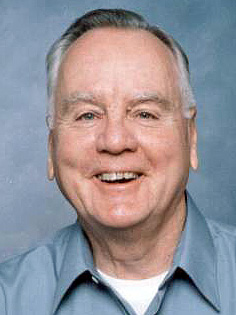 A small announcement in The Boston Globe caught my attention.

It was 1951, and I was a 17-year old junior in a Boston high school and fascinated with radio broadcasting. The one column-inch notice read that a new FM radio station would begin broadcasting from studios in Symphony Hall. Next day, I road the streetcar from Jamaica Plain to the Symphony MTA station, then to the Stage Entrance, up to the second floor to find WGBH.

The room was all open, it was originally a rehearsal room with hard wood floors, donated space to start the radio station. Some desks and filing cabinets were here and there but no enclosed offices. Only two or three people were in sight, one of them was the late Hartford Gunn who greeted me sitting from behind his desk in the open space. He was cordial, I told him that I wanted to do something to learn about radio at the new station and he asked if I’d like to volunteer to help after school. I replied with an immediate Yes, thank you! I was ready to do anything for WGBH.

In the last year, I had been on a quest to visit all of the Boston area radio studios to see where the programs came from and how the deejays did their shows. My tour took me to see everyone on the air: Norm Prescott at WORL, Bob Clayton at WHDH, Billy Dale at WTAO and dozens of others at these stations and at WVDA, WMEX, WNAC, WCOP, WJDA, WVOM, WCRB, including Carl Moore’s live variety show Beantown Varieties at WEEI and the legendary Bob and Ray live Matinees at WHDH.

I wanted to do something to learn about radio at the new station and he asked if I’d like to volunteer to help after school. I replied with an immediate Yes, thank you!

Like many kids with a passion and a hobby, I built a phono-oscillator transmitter in my bedroom a year earlier to start my own AM station playing 78rpm records after school to my Jamaica Plain neighborhood on Centre Street. And now, to actually be with a new FM station from the ground up was a dream come true! I was on my way to actually be in radio!

Hartford Gunn took me back to the newly built studios with that fresh, plaster and paint smell, double slanted glass windows, sound proof panels on the walls and a control room with indirect spotlights on the equipment console with blinking lights creating a mystical, electronic visual when you entered the broadcast center. Behind the control board was Bill Busiek, the Chief (the first and perhaps the only) Engineer who was setting up for the broadcast day from five to eleven o clock in the evening. He was moving the dials and knobs like he was playing his instrument (and he was).

Bill Busiek, the Chief (the first and perhaps the only) Engineer was moving the dials and knobs like he was playing his instrument (and he was).

There was a small announce studio where Bill Cavness was going to do his daily, Reading Aloud program with a producer settling in the control room to give him his cue. How great and innovative is that? Someone actually reading a book, chapter by chapter on the radio (this was before there were audio books and audio broadcasts read for the blind on FM sub channels). WGBH-FM would be different.

I befriended Bill Busiek to learn from him more about audio engineering. He identified what G-B-H stood for, and that’s where he installed the FM transmitter donated by Edwin Armstrong, the inventor of FM Radio. Bill found clever ways to suspend inconspicuous microphones in Symphony Hall for BSO broadcasts in that perfect audio venue. As well, he hung a mic in the art gallery for intermission, ambient noise of the audience mingling and enjoying conversations so that the listeners at home actually could feel like they were attending the concert in person. Innovative programming and all before digital stereo audio!

Across from Bill Busiek’s console was the large studio with boom mics, a grand piano for live performances and an announcer, Alden Stevens, who would begin the broadcast day with a sign on. Alden was the only staff announcer, the late William Pierce was the BSO concert announcer from the little observation booth above the stage. His announce booth window is still there on the stage-left wall. The first broadcast in 1951 was a complete, live BSO evening concert, then sign off. No commercials, just wonderful music in FM!

When I met the late Larry Creshkoff, Hartford introduced me as the new volunteer who needed an assignment and he put me to work delivering the microphone to the studios of WHRB for the news broadcasts with Louis M. Lyons. After a technical orientation of what to do from Bill, I rode the MTA bus across the Charles River on the Mass Ave. bridge to Harvard Square.

The Harvard radio station then was carrier-current AM, broadcasting only to the dorm students with impressive studios in a Harvard building basement. Every wall at WHRB was in various shades of green paint (isn’t it Harvard Crimson?), but they had the necessary equipment for me to plug in the mic and run the board for Louis Lyons And The News to be broadcast by a telephone line to the Symphony Hall studio and Bill Busiek’s control room.

Two minutes before airtime, Mr. Lyons arrives with a long trail of yellow paper from the AP news wire machine behind him. “Well, here’s the news! ”

Everything was ready for Mr. Lyons (I found out later he was Curator of The Neiman Fellowship for Journalism at Harvard). I established line contact with WGBH control. The clock on the wall indicated just three minutes to airtime, no Louis Lyons. Two minutes before airtime, Mr. Lyons arrives with a long trail of yellow paper from the AP news wire machine behind him. He takes off his fedora hat (a la Walter Winchell’s image in photos), rips and sorts the news stories, 30-seconds to go, Alden Stevens introduces the show down the line, Louis sits at the mic, takes my cue to begin, a little rustling paper noise and he starts, Well, here’s the news!

Fifteen minutes of a rapid delivery style (a la Winchell) and Mr. Lyons is finished reading, abruptly ending with Well, that’s the news! Without giving me a cue, he quickly rises from the table screeching the chair, rustles the paper on the air, I turn off the mic, and he s out the studio door down the hall. No thank you, no Good Night but, well, that’s Louis Lyons. I learned a lot from him doing a remote broadcast.

When I arrived at Symphony Hall to volunteer after school, there was always some filing, or cleaning up, organizing, or taking messages somewhere, go-for things to do that made me feel special with this young organization. If I had a few free minutes, I d go into the Symphony Hall side balcony to observe Charles Munch conducting rehearsals of the BSO. Occasionally, RCA Victor would have a recording session of the famous orchestra with their large, state of the art technical and transcription equipment installation on the second floor lounge. They would often use the WGBH mics that Bill Busiek suspended from the ceiling to capture perfect fidelity.

My WGBH-FM volunteering ended with my 1952 high school graduation. I had a great Summer job opportunity at WDEV Radio Vermont in Waterbury which began my 40+ year career in broadcasting. When I enlisted into the Army Security Agency after that, I stopped to see Hartford Gunn before I left to tell him and he offered that I could always return for possible work at WGBH. A nice thank you gesture, I thought.

After the Army Security Agency years, which also included some Armed Forces Radio work, I attended Northwestern University School of Speech (radio was still my infatuation) and did shows on WNUR, then a ten-watt FM student station. I was an NBC Page and Tour Guide on the NBC 19th floor of The Merchandise Mart in Chicago; I interned at WTTW-TV Chicago Public Television; did on-air commercial work at WEAW and WNMP in Evanston, later at WEBH-FM in The Edgewater Beach Hotel fishbowl studio in their hotel lobby and then joined an investor group to start WFMQ 107.5FM in Chicago.

In Vermont, I was offered a position with The Knight Quality Stations of Boston to develop tourism promotion and manage sales marketing initiatives while living in Montreal for six years. Relocating to Newport, Rhode Island, later to Los Angeles still in the media for several years retiring in 1992. Now at age 76, we live in The Pacific Northwest.

It s been (and still is) a terrific ride being with this theater of the mind business. Online, terrestrial, analog or digital — the signals still reach my emotional core and the melodies linger on!

My enthusiasm for radio continues with an Internet radio program, SONGBOOK AMERICA at www.bostonpete.com/russ with music from my personal collection of American standards, jazz and legendary songbook composers and performers that I record in my home studio (Bill Busiek would be proud!). Listeners email me worldwide and when they read my bio on my web page, a few have identified hearing the original WGBH-FM in Boston.

It’s been (and still is) a terrific ride being with this theater of the mind business called radio! Online, terrestrial, analog or digital — the signals still reach my emotional core and the melodies linger on!

I’d enjoy hearing from you if you feel the same. Thanks.