Ever since I was born, the TV set was constantly on. We were the TV generation. 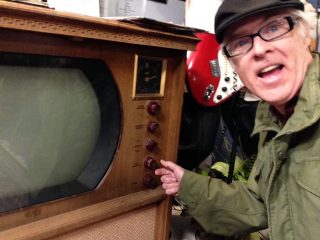 Mom was the enabler. She heated up TV dinners that she put on TV tables so we could watch even more TV.

On weekends we hurried home from the beach so I could watch Fantasmic Features with its alien puppet host, “Feep,” the host from another planet.

The whole neighborhood was on either Bozo and Boomtown and we were often late for school because the Three Stooges were on the early morning kids’ show Major Mudd.

At St. Brendan’s School we watched educational programs on the classroom TV while the nuns went out for a smoke.

Sunday nights were reserved for watching Ed Sullivan – he is known now for having debuted the Beatles in the United States but as a 9-year-old kid I could care less about Beatles. “Get them off so I can watch the Muppets!”

Yes, the Muppets. Before they peaked in fame on Sesame Street, they were the coolest act on TV — Jim Henson was the hippest hipster — and when I found out he was going to have his own special on PBS that told you all you needed to know about the Muppets, I knew I had to watch it.

After he revealed how to make and operate his puppets, Jim told you how to join the Puppeteers of America and learn all the secrets of the puppets. As a business venture, this sounded a lot more appealing than what the grown-ups in my neighborhood did — they had jobs like mailman, waiter, working for the gas company.

I joined up with the puppeteers, built some crappy looking puppets, and began doing shows for Boston’s neighborhood traveling street theater called Summerthing. My act was mostly miming to Stan Freberg comedy records and telling corny jokes that I stole from joke books.

I got pulled from that troupe to work on a kids’ TV show called ZOOM and was on the pilot and the first season. The show was a big hit.

I quickly aged out of that as if I was in Menudo.

Typecast as a Zoomer, I worked on several ZOOM-like projects after that but none broke out like the real thing. Fortunately, I was transitioning to music and a friend and I were learning to play guitar. We had watched a TV news show about punk rock which was just beginning in England and New York.

This was the perfect vehicle for us since you really didn’t have to play too well. You just needed to strum fast, write outrageous lyrics, and wear cool clothes. 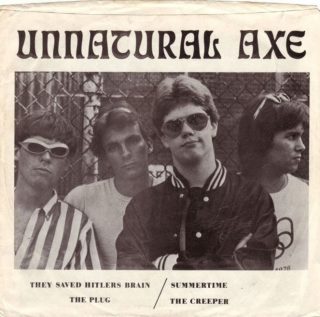 Before we knew it we were playing clubs in Boston and New York with bands like Squeeze, The Plasmatics, and The Police.

We moved up to the top of the local heap and played WBCN’s First Rock and Roll Rumble at the Rat. This was a huge night for punk rock since the four finalists were all local punkers but not only did we lose, I spent the night in jail.

My Mom told me the only steady jobs in TV were behind the camera so I went to Emerson College and I got my Mass Communications degree.  Now I work behind the camera every day for a major educational institution.

So my advice to you is to be kind to your puppets, don’t argue with the cops, and listen to your mother.