This photo of Emmy-Award winning producer/director Glenn Weiss directing the Democratic National Convention from his living room inspired a walk down the memory lane of control rooms past and present. 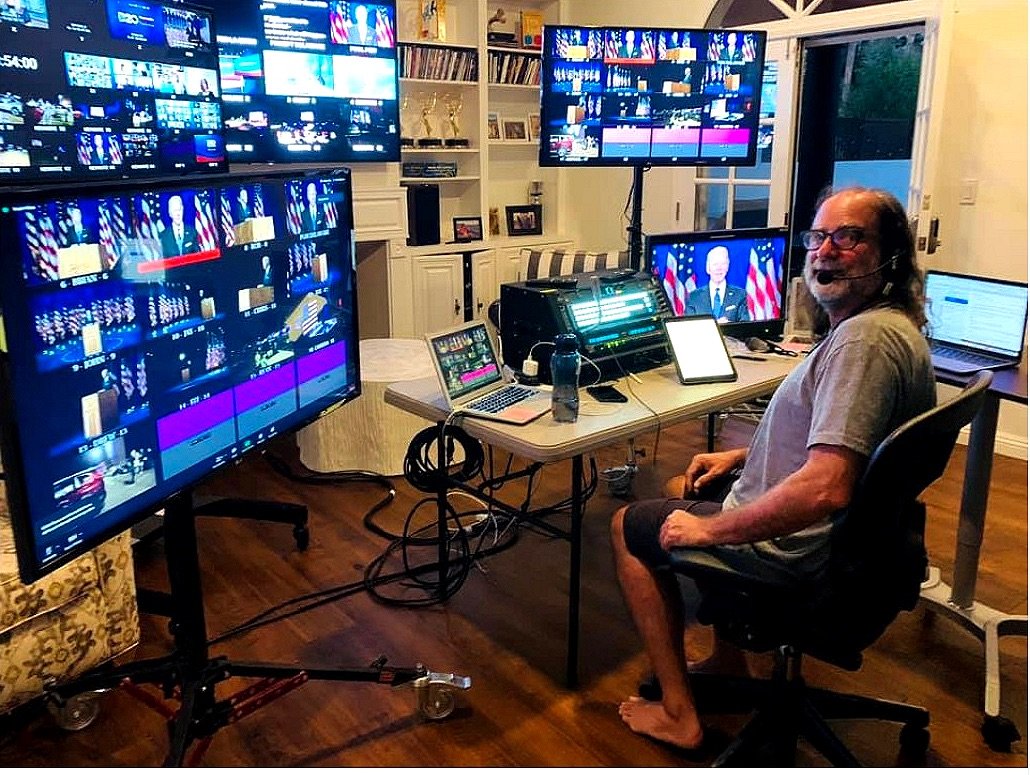 Here’s a little background about this photo from Weiss’ fiancé:

Glenn has been on endless Zoom calls for months working on production aspects and directing the Democratic National Convention. I have had the privilege to watch him (from our family room) plan out and bring in all the technology to direct 58 cameras from around the country, deal with dozens of speakers and talent, and hundreds of folks on the production team… The level of detail has been extraordinary. We even have a generator in our backyard as the heatwave has caused blackouts in our area.

Paul Noble: “Glenn Weiss pulled off a miracle, and, in the process, helped reinvent television with the help of iPhones.”

Dan Beach: “Paul nailed it. It was a reinvention of television using iPhones. A brave new world. A studio in your pocket. And Glenn Weiss, in his bare feet, has become the soul of The Movement.”

Al Potter wrote: “The DNC master control with Glenn Weiss looks manageable. What I like about it is that apparently you can run it with your toes — or do I just like Glenn’s style?” 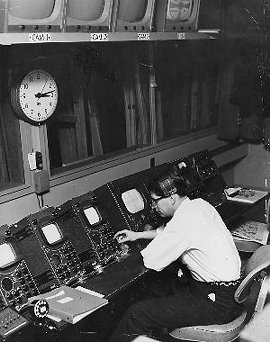 For contrast, here is the WGBH master control room in, perhaps, the early 1960s, via Don Hallock.

Near to us is studio-A camera control at 84 Mass Ave.  The 2 little bays at the other end are the station’s ‘master control.’

Interesting that master controls have gone, over the years,  from very small, to humongous, and back to very small — but now with awesome, autonomous capabilities.

From one row of manual push buttons, to computer operated switching systems – which would run everything for some time with no human operator present.

The video operator in this photo is Jerry ‘Holy Moly’ Adler.

The following photos of WGBH master control came from a 2007 station tour. 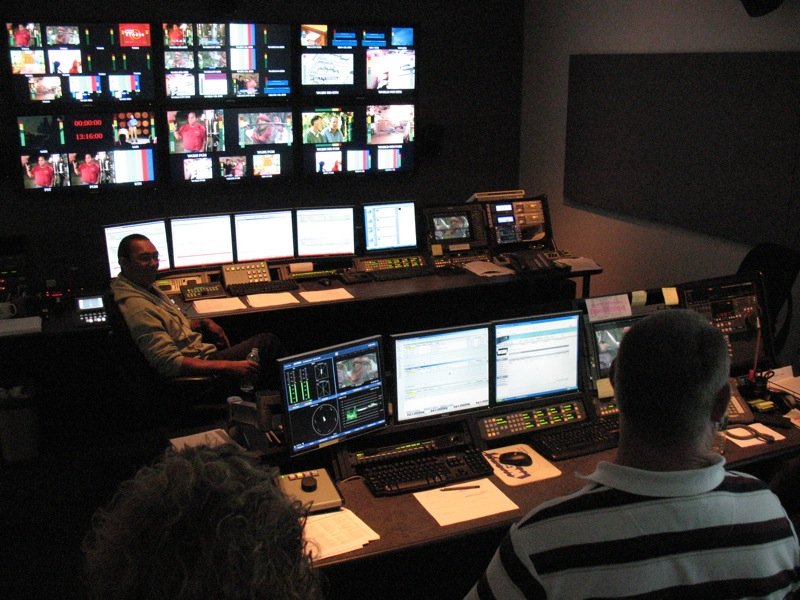 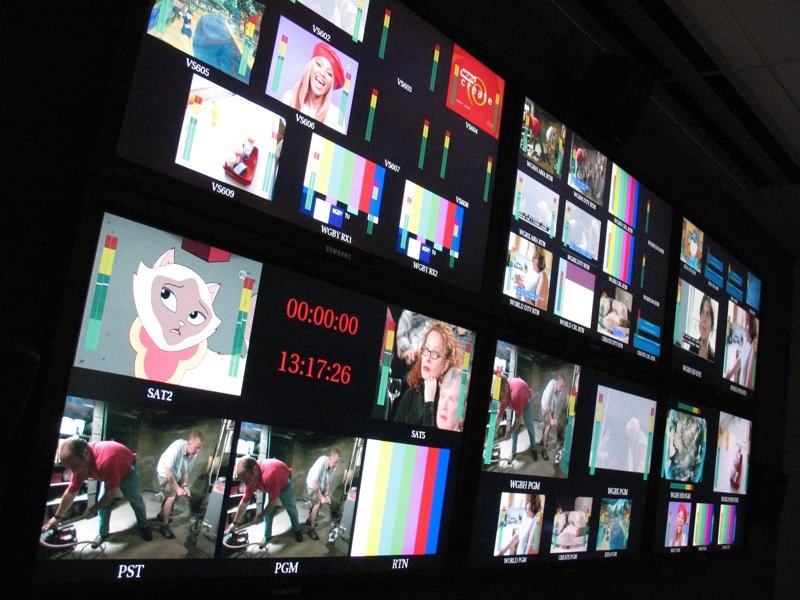 Then, Bill Francis brought us back up to date:

During initial lock-down last spring, WGBH was looking to limit the number of employees working in the building to as few as possible.  We designed and implemented a system so that a “tape” operator could work remotely on the production of our daily local shows.

Below is the half of our “Tape Control Room,” or TCR, that we use for both the recording of the daily shows, as well as any playbacks contained within.  (By the way, this particular room hasn’t used videotape in years; it’s all file-based now…  but the “Tape” moniker stuck.) 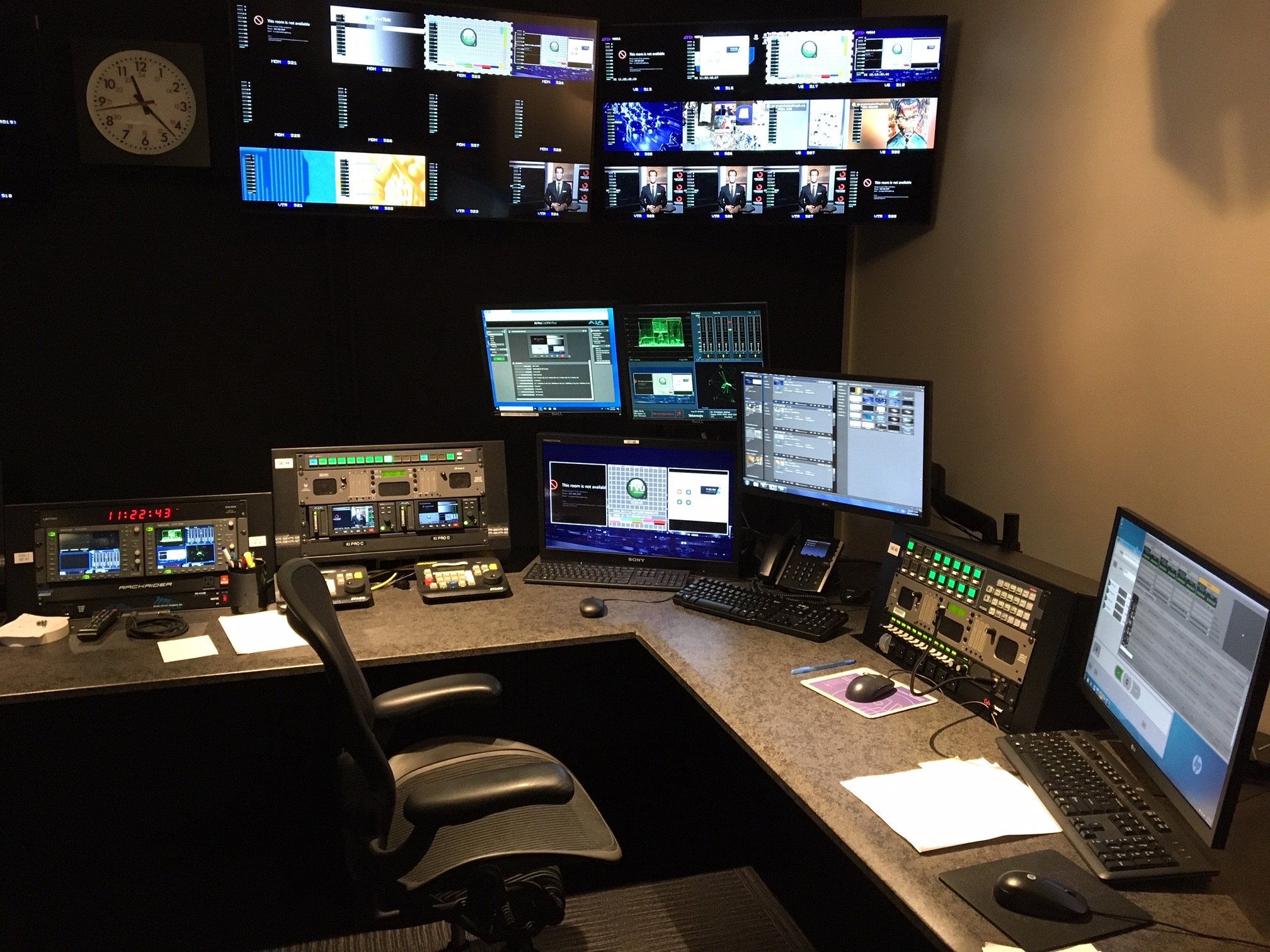 And here’s me last April performing the same operations from my basement with two laptops and an iPhone.

Can you add to this story? Please share your memories in the comments, below.